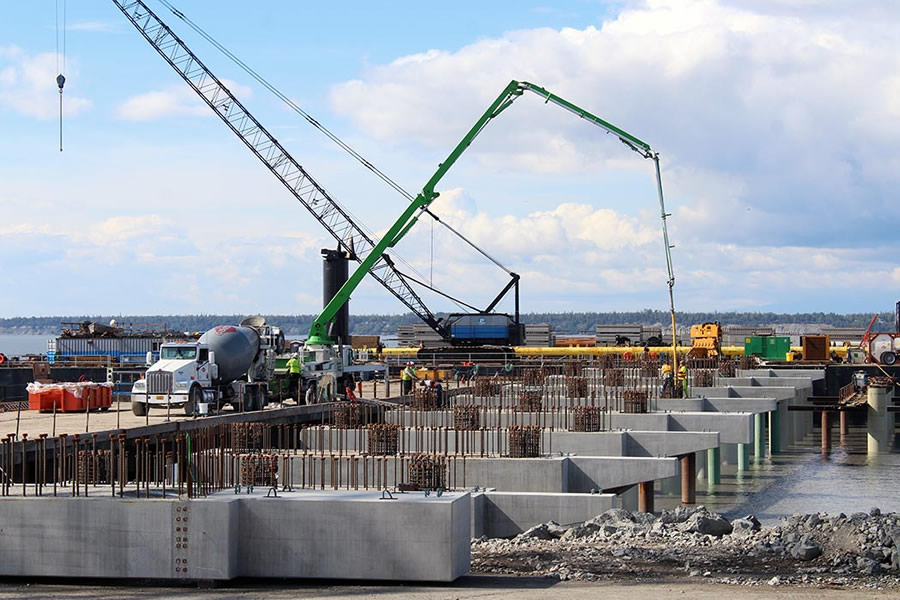 Port of Alaska expects to complete construction and initiate operations of its new Petroleum and Cement Terminal (PCT) this year.

The PCT will be a pile-supported dock located south of existing terminals and adjacent to ABI’s cement-storage dome. It will replace Petroleum Oil Lubricants Terminal 1 (POL1), Port of Alaska’s primary petroleum terminal and Alaska’s only dock equipped with a pneumatic, bulkcement unloading and transfer system. POL1 opened in 1965, is severely corroded, and suffered significant structural damage during the Nov. 30, 2018 magnitude 7.1 earthquake.

The PCT is the first phase of the Port of Alaska Modernization Program (PAMP) and must be completed before POL1 fails or is demolished to ensure that Port of Alaska maintains capacity to economically meet Alaska fuel and cement needs. 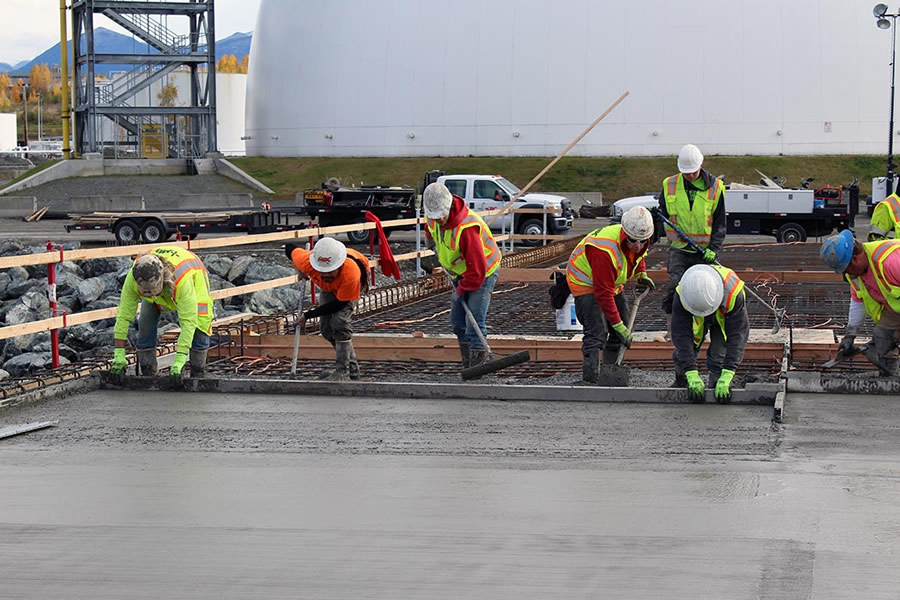 Port of Alaska officials intend to demolish POL1 and general cargo Terminal 1 – the port’s two oldest docks – after the PCT is completed to make room for a new general cargo dock. PAMP aims to replace aging cargo terminals and related infrastructure to: 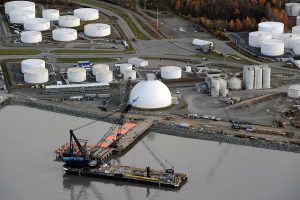 PCT 2021 construction activities run from April through November. Crews will build mooring dolphins and fenders, install utilities and petroleum and cement handling equipment, and move the south floating dock. Workers will drive some 61 piles between April and late July of 2021. About 40 piles will be temporary and extracted between August and October. Twentyone permanent piles will range from 3-ft. to 12-ft. diameter. Most of the pile driving will use a vibratory hammer instead of a louder impact hammer, and noise and vibration are expected to be similar or less than last year. Pile extraction is generally quieter than pile driving. Work schedules call for seven-day work weeks with most activities between 7 am and 7 pm, depending upon tides, marine mammal observations and weather. The PCT should be completed and operational in late 2021. 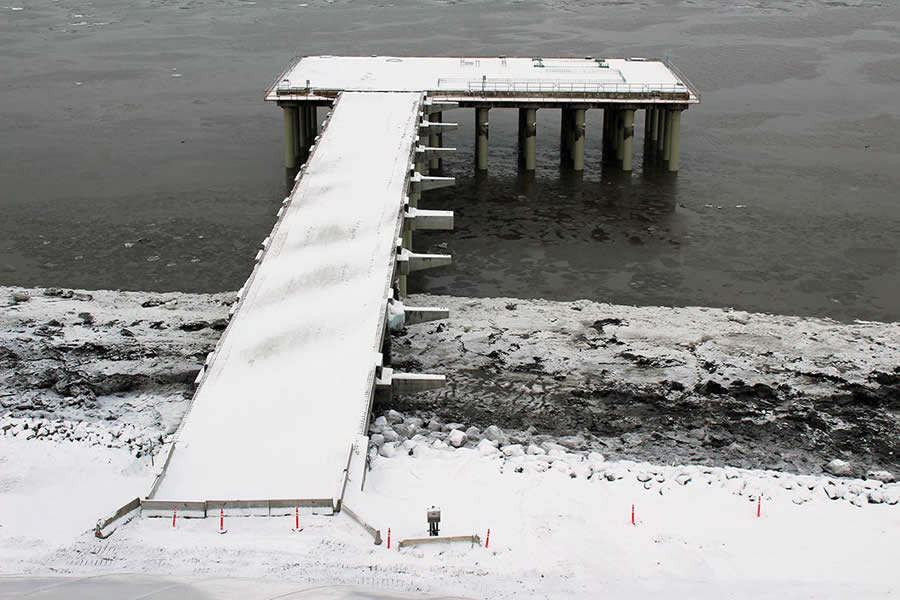 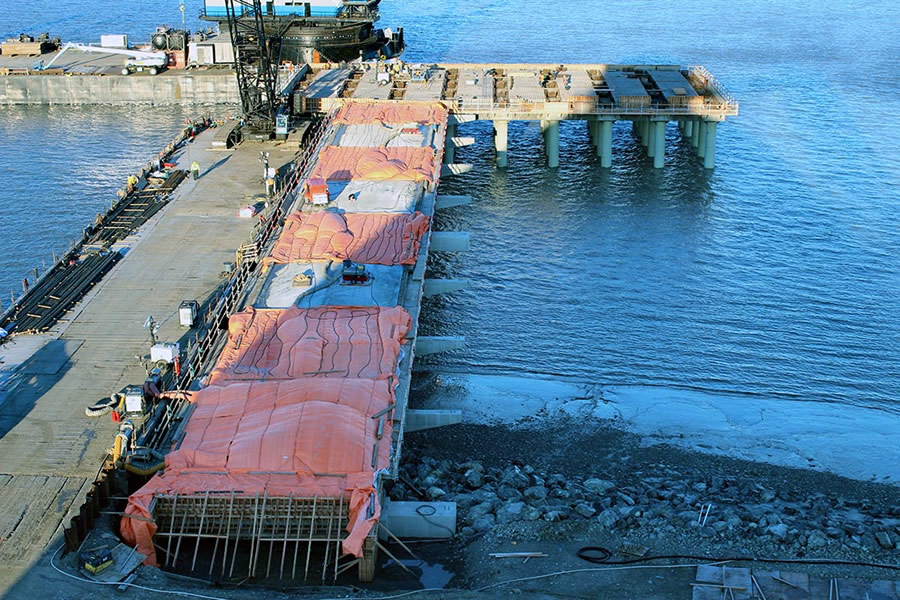