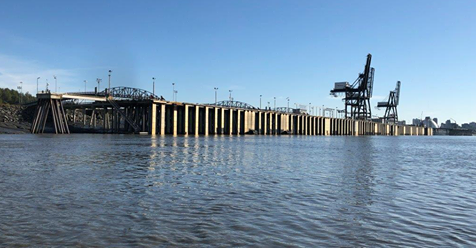 Alaska's congressional delegation is announcing a $25 million grant that will help offset the costs of the Port of Alaska's $2 billion modernization project.

“The Port of Alaska – which provides the vast majority of the food, construction materials, fuel, and other vital goods that Alaskans rely on – is in danger from crumbling infrastructure,” the delegation wrote in a news release Wednesday.

U.S. Sens. Lisa Murkowski and Dan Sullivan plus Rep. Don Young say the grant is coming from the U.S. Department of Transportation and is called the Better Utilizing Investment to Leverage Development Grant.

“Alaskans have been sounding the alarm about the critical state of Alaska’s primary import terminal for years and, thankfully, the Trump administration and Secretary Chao have listened and are taking action to help us," said the delegation.