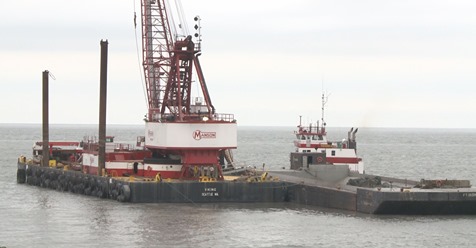 The Anchorage Assembly voted 8-3 to award a contract bid of $42 million for Pacific Pile & Marine to upgrade the Petroleum Cement Terminal at the Port of Alaska.

Several Port of Alaska facilities have been used beyond their planned service life and engineers say that the port, through which roughly 90 percent of Alaska's merchandise goods pass, is at "imminent risk of failure within the next five to ten years," according to an assembly resolution.

David Gamez of the American Society of Civil Engineers, Alaska, said that repairs are necessary to survive another shake like what occurred on November 30.