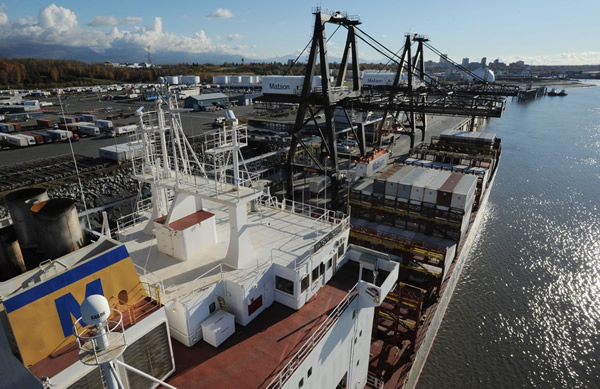 With Alaska’s economy sluggish, the volume of goods brought into the state by its two major shipping lines is on the decline.

The moderate shrinkage of imports has competitors Matson and Totem Ocean Trailer Express, known as TOTE, working harder to defend market share while continuing investment in a small regional economy where growth over the next few years is not in the forecast.

The companies deposit their cargoes side-by-side at the port of Anchorage every Tuesday and Saturday. Crossing the North Pacific from the port of Tacoma, they deliver the goods that make Alaska livable for hundreds of thousands of residents: fleece vests, skis, dog collars, paint, toothpaste, guns and butter.