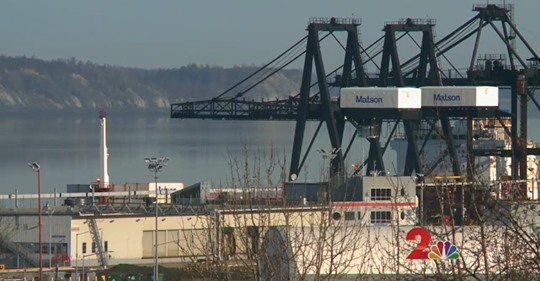 During a special meeting on Tuesday, members of the Anchorage Assembly will be tasked with finally making a major decision about whether or not to move forward with the construction of an all-new, 40 million dollar petroleum and concrete terminal (PCT) at the Port of Alaska.

The PCT is a major key to executing the long-discussed "Port Modernization Program," which is a sorely needed initiative to restore Anchorage's aging docks; however, the assembly has multiple factors to consider before taking a final vote.

Even with three state grants worth just under $50 million, an additional $100 million would be needed to complete the PCT -- only the first of multiple operations needed to bring the Port of Alaska back up to modern-day shipping standards.