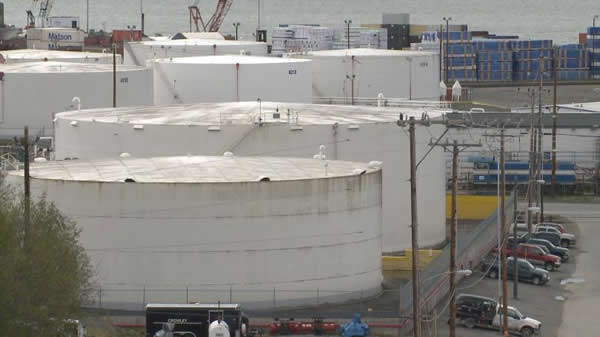 After an outcry from the Government Hill neighborhood, the municipality is adding an amendment to a proposed ordinance that would roll back regulations on constructing new fuel tanks at the Port of Anchorage.

The city said the problem stems from changes to the Title 21 zoning laws. The rewrite, enacted in 2016, caused what the municipality described as “unintended consequences,” where the development of new storage containers for hazardous materials, like fuel, could only be constructed within 1,000 feet of residential neighborhoods after a conditional use permitting process.