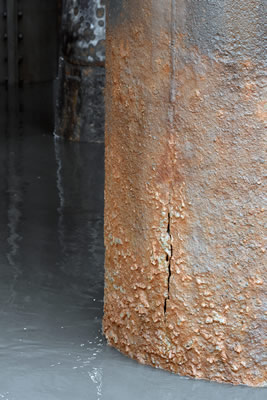 With legislators running out of time, officials at the Port of Anchorage are beginning to worry their efforts to secure funding to fix the crumbling infrastructure at the state’s most productive dock will be pushed aside by lawmakers.

House Bill 329 is stuck in a House finance committee with no signs it will see a vote by the end of the session. It's a bill backed by Anchorage Mayor Ethan Berkowitz to put the modernization of the port to a statewide vote on the Nov. ballot, asking Alaska to take on $290 million in new debt on a general obligation bond.

Some in the legislature have vocally opposed issuing any more state bonds this year. Meantime, the Port of Anchorage is haunted by legal troubles stemming from a previous expansion project that began in the early 2000’s.

The municipality currently is involved in two federal lawsuits from the previous construction effort, one pending against the federal agency the U.S Maritime Administration “for its failure to properly supervise and manage the [previous] project,” said director of port external affairs Jim Jager.