EDITORIAL: Lawmakers are happy to fight for a big PFD. Where’s that attitude when it comes to the Port of Alaska? 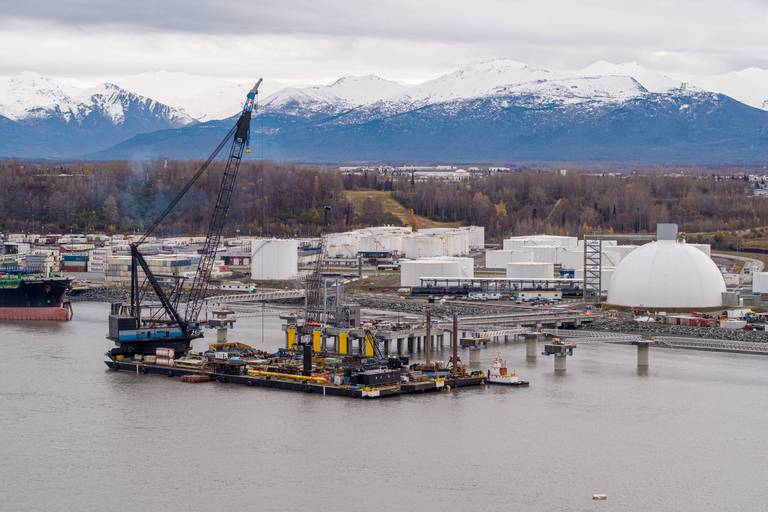 By Anchorage Daily News editorial board

If you had been in Juneau this past week, mixed in with the bustle of committee hearings and the chatter of visitors streaming off the first cruise ship of the summer season, you might have heard something else: Lawmakers trying to tamp down expectations for funds to repair and upgrade the Port of Alaska.

Meanwhile, ebullience about a big election-year Permanent Fund dividend check is high. The PFD might tip the scales at $2,600, if the most recent numbers in the Alaska Senate hold up. On the House side, the PFD check amount passed in the operating budget was lower, at $1,250, but it was paired with a $1,300 “energy rebate” that would be a de facto PFD supplement. That would make the total allocation for the two checks roughly $1.7 billion — nearly three times the amount being sought for the port. The “energy rebate” on its own would cost about $875 million, 50% more than the port improvements.

It’s always more fun to hand out candy than vegetables, particularly when it might make the recipients more favorably inclined to reelect you. But have our elected representatives considered that rather than a one-time cash payout, it might be better for Alaska’s future to invest in infrastructure that will serve all Alaskans for generations to come?

Anchorage officials are seeking $600 million for the Port of Alaska, to replace the aging cargo docks that see goods bound for 90% of Alaska — fully half of all freight that enters our state. Granted, that’s no small ask. As recently as a year ago, the prospect of a $600 million infrastructure project funded by the state would have gotten you laughed out of the Capitol Building. But oil prices in excess of $100 per barrel have forecasts for state revenue in a place where such a project is not only possible, it makes more sense than some of the state’s other big spending priorities.