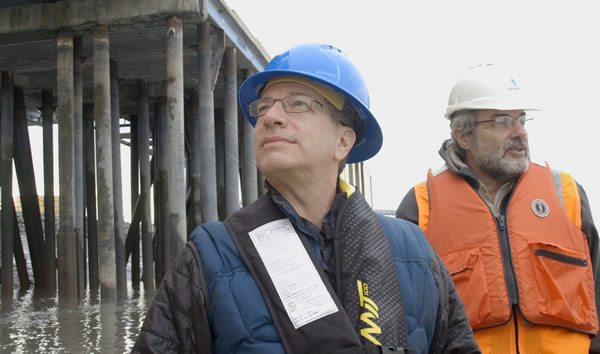 As aggressive corrosion rapidly degrades the Port of Anchorage, its funding future is in the hands of Juneau lawmakers. Funding for construction and rehabilitation of port infrastructure was the only financial request of the mayor’s administration in Anchorage for this session. But the possibility of action on a major spending project, even one most see as critical and inevitable, is nearly impossible according to lawmakers on both sides.

Trying to follow major spending request in this lean fiscal climate resembles a scene from part one of Harry Potter and the Deathly Hallows, when Pius Thicknesse is interrogated by Lord Voldemort.

“One hears many things my lord,” Thicknesse says as a snake slithers by his foot. “Whether the truth is among them is not clear.”

“Spoken like a true politician,” replies Lord Voldemort with a laugh.

Rumors have swirled for months about whether funding to upgrade essential pieces of the port would come out of this session. In January, Mayor Ethan Berkowitz requested that a general obligation bond for $290 million go before voters on the November ballot.