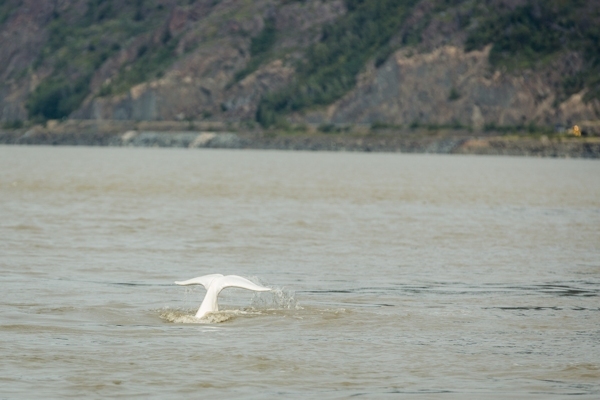 Newly released studies about one of America's most endangered animals, the Cook Inlet beluga whale, shed new light on the subspecies and could have implications for the Port of Anchorage's modernization program and other development in the region.

The studies — recently peer-reviewed and released last week by a National Marine Fisheries Service journal — indicate that the summer range of the small white whales may have shrunk, causing concern that concentrated groups may be more at risk in a single catastrophic event, such as an oil spill or a collapse in fish runs.

One of the studies, examining construction activity associated with the port's bungled expansion project that was canceled in 2012, found that noise from pile-driving work could have "potential negative impacts" on the whales.