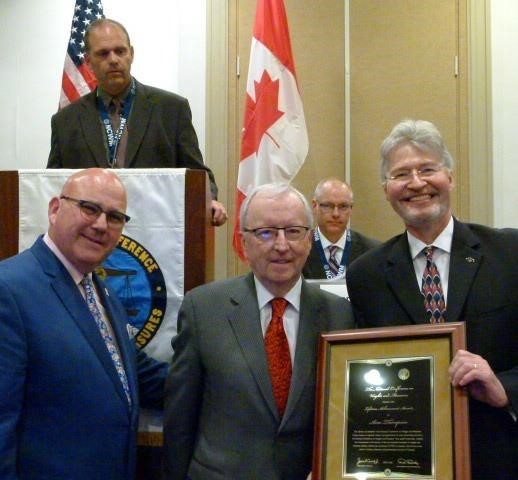 Aves Thompson, Executive Director of the Alaska Trucking Association (ATA), and a long-time friend and colleague of WTC Anchorage, has received a Lifetime Achievement Award at the National Conference on Weights and Measures (NCWM). Since 1905, NCWM's primary function has been to develop the national standards for weights and measures. Prior to that, there was no uniformity among the various states, counties and cities for testing and approving weighing and measuring devices used in commerce.

Thompson, prior to joining the ATA, was chief and director of the State of Alaska Division of Measurement Standards in Anchorage. The award comes for his 19 years of service to NCWM in several leadership roles.

He was chairman of the 3,500 member conference in 1998-99 during a time of dramatic change. He helped usher the NCWM into the 21st Century through business model changes and outsourcing. He also represented the NCWM at the Asia Pacific Legal Metrology Forum in Bali, Indonesia and the International Organization of Legal Metrology in Paris. He has been head of the Alaska Trucking Association since 2006.