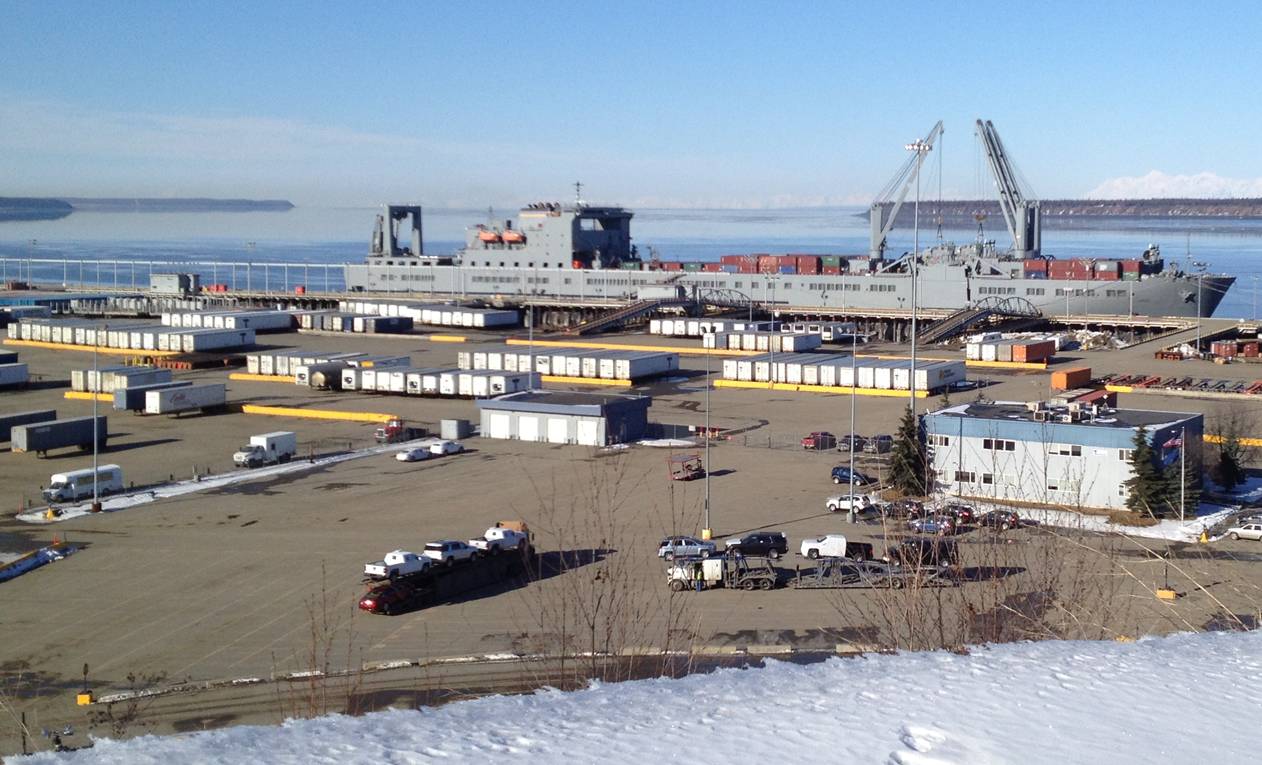 ANCHORAGE - The Port of Anchorage has experienced an increase in overall tonnage in 2014—the first uptick in three years.

Containerized cargo and vehicle tonnage across the dock was up four percent over 2013 numbers, based on business numbers reported by the Port's two resident ocean carriers, Horizon Lines, LLC, and Totem Ocean Trailer Express. And all indicators point to 2015 getting off to an equally good start.

Port Director Steve Ribuffo also reports that fourteen fuel tankers called on the Port of Anchorage in 2014 compared to only four in 2013. "We've had a steady flow of fuel traffic at the Port of Anchorage in 2014 and so far in 2015. Essentially, there had been at least one tanker here offloading petroleum every month and we don't see the surge letting up anytime soon," Ribuffo said. The total related quantity represents a 59 percent increase in fuel delivered over the dock when compared to 2013.

The fuel arrives by tanker or barge and travels through one of the nine petroleum offload headers on the two dedicated petroleum docks. The main petroleum suppliers with facilities at the Port of Anchorage are Tesoro, Flint Hills Resources, Crowley, and The Aircraft Service International Group. Through a recently-completed lease agreement, Delta Western will become the fifth petroleum supplier creating a terminal facility at the Port.

Ribuffo adds, "While there's a real and serious need to modernize our dock infrastructure, it's very clear from a business perspective that we can successfully support more tonnage within the same footprint. Contrary to what some folks will tell you, the Port of Anchorage is open for business every day and we have plenty of availability to support anyone who needs it."

The Port of Anchorage is located at the northern end of Cook Inlet in south-central Alaska. The facility accommodates three dry cargo berths and two petroleum handling facilities. It serves as Alaska's regional and DoD National Strategic Port and provides services to approximately 75 percent of the total population of Alaska, including five military bases.