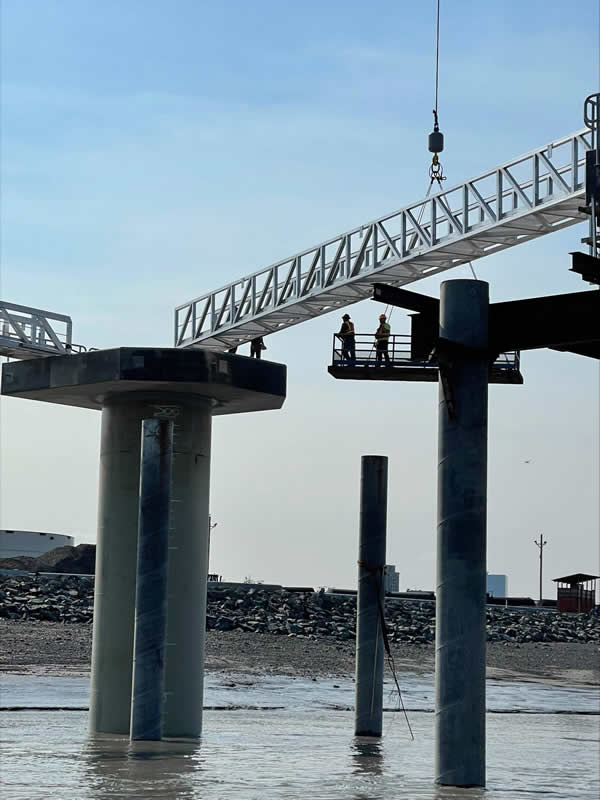 If all continues going largely according to plan, the first major piece of a long-sought and badly needed overhaul to the Port of Alaska will be in service by year-end, according to officials.

Construction crews are in their second year of work on the new petroleum and cement terminal, or PCT, located south of most of the city-owned port’s existing docks at a cost of about $200 million.

“It’s on time and on budget,” spokesman Jim Jager said in an interview.

The workers were able to drive the necessary support pilings into the sea floor before Cook Inlet’s endangered Beluga whales started frequenting the water near the port as they feed on late-summer salmon returning to nearby streams, according to Jager.

The new PCT will replace a petroleum offloading terminal originally built in 1965 that sustained significant damage in the November 2018 earthquake, according to port officials. Handling jet fuel shipments for the world-scale cargo traffic at nearby Ted Stevens Anchorage International Airport is a primary line of business for the port.