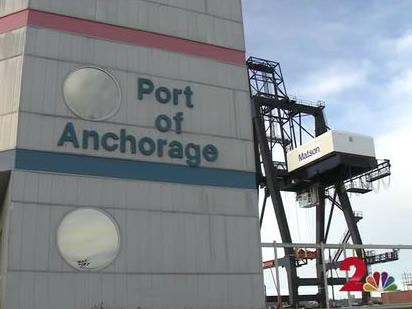 While security camera footage at the Port of Anchorage shows lots of shaking, port officials are saying that the infrastructure suffered minimal damage according to preliminary inspection.

But the 7.1 magnitude earthquake has still raised concerns over what could have happened to the port under different circumstances. Port director Steve Ribuffo says the port was lucky.

“Had that epicenter been closer to Anchorage, I don’t think we would be sitting here talking about it today, if we were even able to stand here and talk,” Ribuffo said. “It is a point of fact that the conditions of these pilings supporting this dock is very bad.”