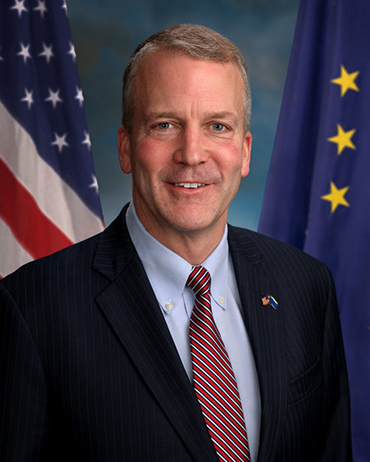 “I want to thank Secretary Chao for recognizing the dire state of one of Alaska’s most important pieces of infrastructure and heeding the call of Alaskans by approving this much-needed PIDP grant,” said Senator Sullivan. “The Port of Alaska not only serves the most basic needs of a broad swath of Alaskans – including fuel, food, construction materials, and other goods – but also America’s security interests as an Arctic nation. The Port of Alaska is the only Department of Defense strategic seaport near the Arctic—a fact we cannot overlook as sea ice recedes, traffic accelerates and our country’s adversaries, particularly Russia, grow their maritime capabilities in the region. This grant will help restore the Port of Alaska’s status as a safe, cost-effective, reliable and resilient piece of infrastructure."

“Our ports are an integral component of our Nation’s economic success,” said Secretary of Transportation Elaine L. Chao. “As the Administration continues to invest in America’s infrastructure, this program will further modernize and improve the efficiency of our waterways.”

In August 2017, Senator Sullivan hosted Secretary Chao in Alaska and facilitated a meeting between Port of Alaska Director Steve Ribuffo and the secretary to make an appeal for funding the port.

In May 2019, Senator Sullivan held a hearing on the state of our federal maritime agencies as a build-up to the reauthorization of the U.S. Maritime Administration (MARAD). Witnesses included Rear Admiral Mark H. Buzby, administrator of MARAD.

In July 2019, Senator Sullivan met with Admiral Buzby, TRANSCOM Commander Lyons, and senior officials in the Department of Transportation to discuss the needs at the port and the new program at MARAD.

On November 6, 2019, the Department of Transportation awarded a $25 million Better Utilizing Investment to Leverage Development (BUILD) Grant to the Port of Alaska.